Our Advisory Board is a collection of knowledgeable, prominent, and credible Members in their field of expertise chosen by Camille when we launched in 2015 who might individually provide advice and/or support that contributes significantly to the organization's improvement. We are grateful the their time, wisdom, and support as we created the global orgainzation we are today. 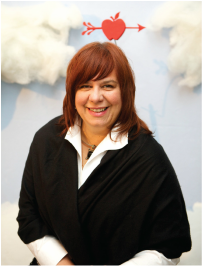 Gina Asoudegan
​Gina Asoudegan is the Senior Director of Mission at Applegate Farms, a natural and organic meat company in Bridgewater, New Jersey. She was asked by Applegate Farms to createThe Organic Schoolhouse Foundation, a nonprofit initiative that educates young people across the country about organic food and sustainable farming practices. Two years ago, Gina started a Farm-to-Table summer program at the Bucks County Technical High School. The program combines the teaching of basic culinary techniques with the growing of vegetables and herbs from seed in the school's organic garden. Gina has also used the Farm-to-Table program with youth at The Bridge, a drug and alcohol rehabilitation facility in Philadelphia. Gina and her husband own The Cafe© @ the Sporting Club in the Bellevue Hotel in Philadelphia. 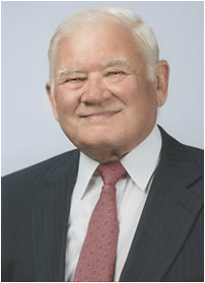 Roger Blobaum
Roger Blobaum, an agricultural consultant, has been a leader in organic farming research, education, advocacy, and policymaking since the early 1970s. He has served on boards of more than 30 regional, national, and international organic and sustainable agriculture organizations. He now serves as the Director of a National Organic History Project. He was a founding Director of the International Organic Accreditation Service, a founder and Associate Director of the World Sustainable Agriculture Association, and a participant in the five-year process of setting international organic guidelines. He co-chaired a coalition of national consumer, environmental, faith-based, and other nonprofit organizations that helped shape the 1990 Organic Foods Production Act and that successfully advocated its enactment.
​
His organic research contributions include developing and coordinating Ceres Trust organic research programs that awarded more than $6 million in grants to land grant university faculty and graduate student researchers.
He received the 2013 Honorary Recognition Award from the University of Wisconsin’s College of Agriculture and Life Sciences for “significant contributions and unselfish service to organic farming.” 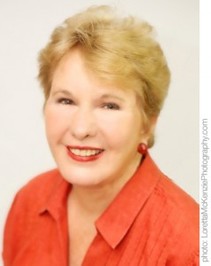 Sally Fallon Morell, MA
Sally Fallon Morell is founding president of the Weston A. Price Foundation with 15,000 members and almost 600 local chapters worldwide. She is a journalist, chef, nutrition researcher, homemaker, and community activist. She is the author of Nourishing Traditions: The Cookbook that Challenges Politically Correct Nutrition and the Diet Dictocrats. She also founded A Campaign for Real Milk (www.realmilk.com). Sally is the president and owner of NewTrends Publishing, serving as editor and publisher of Nourishing Traditions, The Cholesterol Myths by Uffe Ravnskov, MD, PhD; The Untold Story of Milk by Ron Schmid, ND; The Yoga of Eating by Charles Eisenstein; The Fourfold Path to Healing by Thomas Cowan, MD; and The Whole Soy Story (December 2004) by Kaayla T. Daniel, PhD. Ms. Morell’s latests book, Eat Fat Lose Fat (Penguin, Hudson Street Press), co-authored with Dr. Mary Enig, was published in December 2004.

Sally is a frequent contributor to holistic health publications. Her work is widely respected for providing accurate and understandable explanations of complicated subjects in the field of nutrition and health. Her presentations on Nourishing Traditions Diets and The Oiling of America have earned highly complimentary reviews throughout the US and overseas.
In 2009, Sally and her husband Geoffrey Morell embarked on a new venture; they purchased a farm in Southern Maryland. P. A. Bowen Farmstead is a mixed-species, pasture-based farm that produces award-winning artisan raw cheese, whey-fed woodlands pork, pastured poultry and pastured eggs. The farm does not use corn, soy, GMOs, pesticides, herbicides, hormones, or antibiotics.
​
Sally received a Bachelors Degree in English with honors from Stanford University, and a Masters Degree in English with high honors from UCLA. She speaks French and Spanish. Her interests include music, gardening, metaphysics and cooking. She lives in Brandywine, MD with her husband Geoffrey Morell. She has three beautiful grandchildren, all brought up according to Nourishing Traditions® principles. 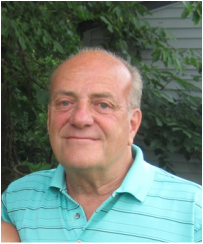 G. Robert "Bob" Leis, DDS
Dr. Bob Leis served the dental community for over 50 years. Establishing his practice in East Orange, NJ where he was born, raised, married, and later served his community.  A graduate of Seton Hall Medical & Dental School ( UMDNJ/now Rutgers) 1961.  He practiced an awareness of dental care as it relates to the entire person well before it became in vogue. Like the teachings of so many fine medical practitioners today, he held a deep rooted belief that what you eat directly impacts your health.

Dr. Leis served as a Captain in the US Air Force at Warner-Robbins Air Force Base in Georgia ('61-'63) in the medical unit working as a dentist. Once back in New Jersey, he set up his practice in the city of East Orange. As a member of the East Orange Board of Health he shared his time serving patients at the free family dental clinic for local low income families. He also served as the Board of Education Dentist and chaired the Children's Dental Health Week for the City. Dr. Leis was also instrumental in starting the Head Start program for the City--the Head Start program promotes School Readiness for children in low-income families by providing comprehensive educational, health, nutritional, and social services.

As a father of five, grandfather of seven, and great-grandfather of 2, he continues his legacy of natural health in retirement with his wife of 60 years, Phyllis Leis. 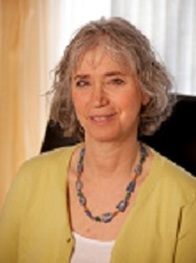 Linda Robins, MD
Dr. Linda Robins has been providing natural medicine services in Montclair, NJ for over 10 years. She is a nationally-recognized Holistic Homeopath who has studied extensively the benefits of nutrient-dense foods and magnesium. She has a medical degree from New York University, advanced training in Women's Health, Obstetrics, Gynecology, Reproductive Endocrinology and Infertility, and a degree in Homeopathy from Hahnemann School of Homeopathy.

Dr. Robins had a successful career as a leading fertility specialist in New Jersey.  She then traded in her scalpel and hormones for classical homeopathy after traditional medicine failed to heal her own chronic back ailment. Her background and experience in traditional medicine when combined with her knowledge and passion for holistic medicine practices gives Dr. Robins a deep insight into the cure of various illnesses.

After opening Montclair Homeopathy in 2002, Dr. Robins soon became aware of the profound impact that food plays in our health and began educating her patients on the benefits of nutrient dense foods. Her guiding principle became "We are what we eat and what we eat has a profound impact on our health." Further study and experience convinced Dr. Robins of the vital role that magnesium plays in our health and that our modern diet is gravely deficient in that important mineral. To integrate Magnesium more easily into our life, she created Dr. Linda's magnesium-rich product line. Dr Linda's intention is to encourage others to work in collaboration with nature and to recognize not only the mineral-rich qualities of our food but also experience the difference that cooking with love and care makes. 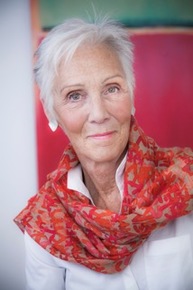 Barbara B. Rose
Barbara Rose is an enthusiastic organic gardener since the 1970’s. Barbara’s interest in growing healthy food and living in harmony with nature as being essential to good health and wellness has been a life-time avocation. The mother of 3 grown children and one grandchild, she has endeavored to instill the same values in them. In 2009, she had the opportunity to expand her knowledge of and practical experience with organic practices by becoming a volunteer field worker for the CSA at Glynwood Farm in Cold Spring, NY, one of the Hudson Valley’s most successful certified organic farming operations. That same year Barbara earned her designation as a Certified Permaculture Designer after attending classes at the Yestermorrow Design/Build School in Vermont. Since then she has incorporated the practice into her 35+ year career as a Real Estate Broker, educating home buyers on how to create habitats that are sustainable, eco-sensitive, economically viable and non-polluting.

After, moving back to her hometown in NJ in 2010, Barbara continued her volunteer work at Brick House Farm in Hopewell, planting and harvesting vegetables for market and mentoring young farmers along the way. Barbara joined the Board of Directors at Northeast Organic Farming Association of New Jersey in 2010 and served briefly as Treasurer, Vice-President, and, until recently, President of the Board ending in October 2015.